Some BIG in Spain… and other climbs. Comments that may help you.

In 2006 I climbed 13 BIGs in Spain I had not yet climbed. Let me explain them to you and maybe you will get some clues if you want to climb them in a near future…

427 Llac de Sant Maurici. It was the only catalan BIG missing for me. I had my doubts about this BIG. I thought maybe it was not tough enough and I had also doubts about the road, because there was a time the asfalt was not so good. But all my fears went away when I climbed Llac de Sant Maurici. A BIG in capitals. Hard, very hard, above all the section at 18%. No problem to find the road, because you must follow the indications to the village Espot and the ski resort of Super Espot. It is also very easy to locate Llac de Sant Maurici because the area was declarated Natural Parc and many people use to visite it. Interesting also the fact that from Espot the traffic is restricted and you can only reach the summit by bike, walking or in a off road car you can get in Espot. Be careful, the drivers of those cars drive often too fast… The view from the top, beside the lake (Llac, in catalan), wonderful.

485 Mirador de la Cabra Montés. I made an excursión in Easter to Andalucía, exactly to Granada. I just can recommend visiting Granada in Easter to know the “procesiones” and all the religious environment. We made 3 excursions to get 4 BIGS. The first stage included the way to Granada towards the coast (Motril) through the Suspiro del Moro climb, then we went to Jete and we began el Mirador de la Cabra Montés, about 17 km. long. The Picture of Mirador de la Cabra Montés is taken at the top of the climb…or at least I thought it was. From the place of the picture to the top there are still at least 7 km, one of them at 9%! Then be careful if you think you got the top when you see the name of the climb…. The descent was .terrible. 10 km more off road, a lot of machines working and 10 km of stones and danger (April 2006), Maybe next summer it will be ok, just be careful if you want to visit this climb (north side).

493 Puerto Padilla/Los Chispones: Uf, a hard stage with BIGs 493 and 494 in the same day. 157 km. It took seven hours and a half to make the stage! Departure from Abla, in fact Padilla is the road from Abla to Caniles. I think we did’nt cross not even a car in the whole climb to Los Chipones (26 kilometers!). I’m sorry to inform that there is not any sign in the summit to take the picture! But a lovely climb ideed.

494 Calar Alto. Very mediatic climb since it has been climbed in Vuelta a España years 2004 and 2006. There are several ways to get the top. Even two different roads starting from the same village, Seron, in the north side. As usual, one is the old, narrow and very steep road, and the other one is a wide, new road, almost a highway. No need to say which one is recommended… Calar Alto is an astronomic Observatory and the domes identify the summit (see pictures). Better than my explanations, please, take a look to the profile made by my friend Raul: 25 km and maximum steepness 16%, almost at the end of the climb.

486 Puerto Lobo. Very easy climb from the heart of Granada. In former numbers of the BIG magazine I had seen the climb also named as La Mora, but now this climb (La Mora) is part of a highway and you cannot reach it by bike. Then Puerto Lobo is the real name for this BIG. And we could consider it a quite touristic climb. The beginning is in the very center of Granada (in the “Cuesta de Cervezas Alhambra”) and follows the old road to Murcia A-7101, towards the “Barrio del Albaicin” (famous gipsy quarter in Granada) and goes on with nice views over Granada. The climb is 11,8 km long and has never more than 7% gradient and finally you can reach the Natural Parc “Sierra de Huetor” and the end of the climb.

452 Vidre-Vistabella. I did an excursion to Les Useres (in Castellon) to make 452 and 453. As no round circuit was possible, the idea was to make two “up and down” with just 134 km. Named and known like this, Vidre is really called Puerto del Collao, but the road goes on after a descent and the highest point you can get is Vistabella del Maestrazgo (see the picture). The highest point of Castellón province is the peak named “Penyagolosa”, and you can reach it from Vistabella del Maestrazgo, but not with the road bike, it is a gravel way.

453 Remolcador. The beginning of the climb is located in Lucena, and the road that leads to the climb is the one to Castillo de Villamalefa and Zucaina. To me it is a quite easy cllimb and maybe not deserving to be a BIG… But, I just added one more to my collection.

467 Navacerrada. In the famous Cyclingtourist Race “Pedro Delgado” (middle August) in 165 km. you can climb numbers 467-Navacerrada and 468-Morcuera and a couple of climbs more, non-BIGs as Navafria and Canencia. In 2006 more than 1.600 cyclists rode that race. Navacerrada is a very popular climb for people living in Madrid, quite hard and non regular. Interesting to say that one of the sides of Navacerrada is Puerto de Cotos, but in fact it is the same climb. I recommend to race the “Perico Delgado”, not only for the BIGs but also to eat the typical “cochinillo” from Segovia.

468 Morcuera. Very bad reminds of this climb. In the beginning of the descent a cyclingtourist riding “Pedro Delgado” fell down and died a couple of days after. When we saw him on the ground we knew something serious was going on. Reminds of Casartelli came to me. I’m sorry but I have not many indications about the location of these two climbs as we were just following the group and trying to keep as forward as possible…

379 El Buey. In fact it is Alto do Boi, in the local language (Boi is galician, Buey is spanish). I made A Moa and O Boi the same day. It was a rainy day, as usual in Galicia, but not too bad. Enough to ride from Quiroga to Alto do Boi, down again to Quiroga, 2 km to San Clodio, to climb A Moa, and back to the cars. We were wet enough, and with two more BIGs… The day after we made a tour including one of the toughest climbs in Galicia: Alto do Couto (not BIG!), from Seoane do Courel, for 8,48 km at 8,3% average and some sections at 14%… Changing Couto for Alto do Boi would not surprise anyone… In the stage we also included O Cebreiro, the famous pass from León to Galicia, included in “Camino de Santiago”.

382 El Sestil. Another climb with different names: Peña Trevinca, El Sestil or Fonte da Cova (in fact Fonte da Cova is the name of a refuge near the top-see the picture). We made a quite hard circuit containing 382 and 383 from O Barco de Valdeorras. More than 160 km to make El sestil and El Morredero, really hard the whole tour! The climb from Sobradelo to El Sestil is 27 km long to gain 1500 meters… The typical thing of this quite hard climb, is the big amount of quarries and, therefore, a lot of trucks going up and down. Anyway, it is very recommendable.

383 El Morredero. Hard, very hard. End of stage in this Vuelta a España 2006, with the impressive victory of Alejandro Valverde passing Vinokourov as if he had stopped… The climbed from Ponferrada (already in Leon, not in Galicia), but we climbed it from the other side, from Quintanilla de Losada. We passed several very steep sections, until arriving to Alto de los Portillinos (1957 m). Afterwards, a long flat section (Llano de las Ovejas) and finally El Morredero (1762 m.)


Were they all the spanish climbs I did on 2006? NO
I also made the nearest and “usual” climbs to me: Turó de l’Home (with another BIG member coming from Castellon), Mont Caro, Bracons (with Daniel in July, in the spanish meeting), Bonaigua, Cantó…

And I also climbed some other mountains that could deserve to be in the list. Above all I would like to mention two of them: Collfred (we also made it in the spanish meeting with Dan) and Coll de Pradell, with some sections at 23% really hard. I join the fantastic profile made by Raul Massabe. Just look at the last 5 kilometers…
Thanks again to Raul to let us know his fantastic work as a profile mesurer and designer.
Publicado por Claudio en 11:36 p. m. No hay comentarios: 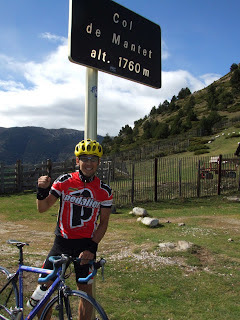 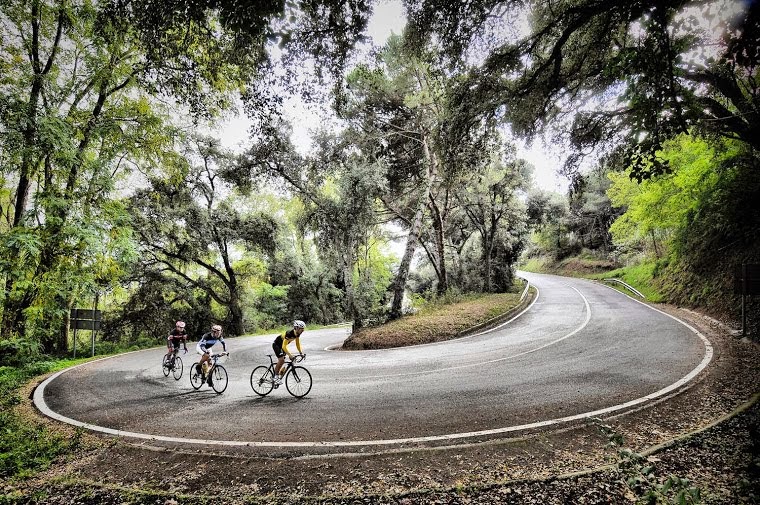 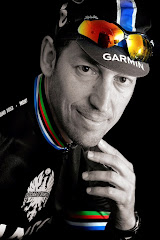